Batch distillation involves removing the desired components from a single source mixture. In alcohol distillation, this source mixture is the fermented mash. It requires the use of a re-boiler, column, condenser, re-flux drum, and receiver. The vapor produced from heating the mash in the re-boiler condenses at the top of the column. Some of this liquid returns to the heated column and the other is routed into the receiver. This condensation collected contains high ethanol alcohol concentrations known as liquor. 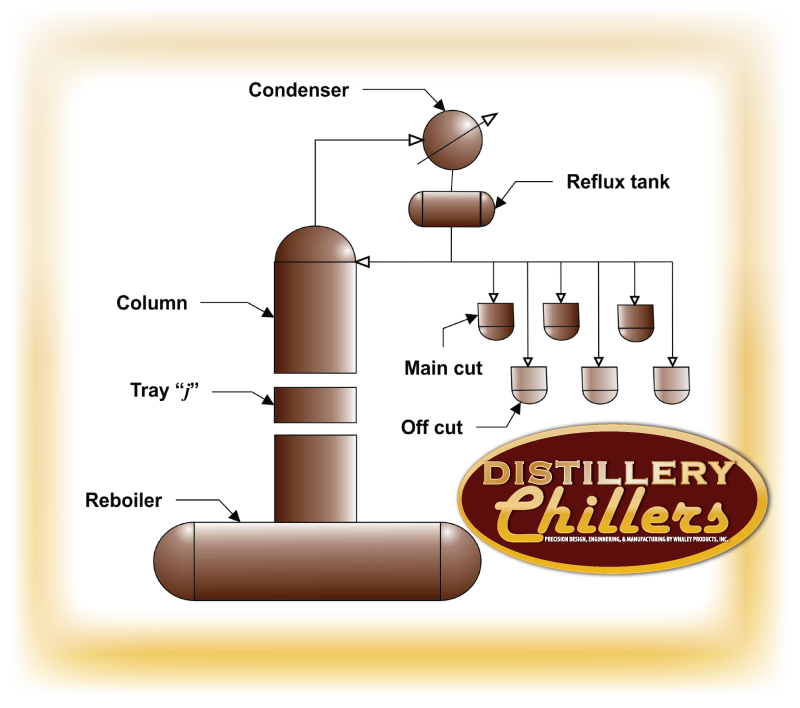 Continuous distillation occurs where a mixture is fed in a continuous stream to the production process. This method allows for the separation of different compounds along the condensing stack. Each compound having a different boiling point re-condenses at various points along the heated stack and then is collected from different arms into the receiving tanks. This method is used in industrial applications where large volumes of liquid are needing to be distilled. The ability to have multiple stages of vaporization and condensing allows for more water to be removed. This results in a higher 96% alcohol percentage than batch distillation which contains 40-50%. 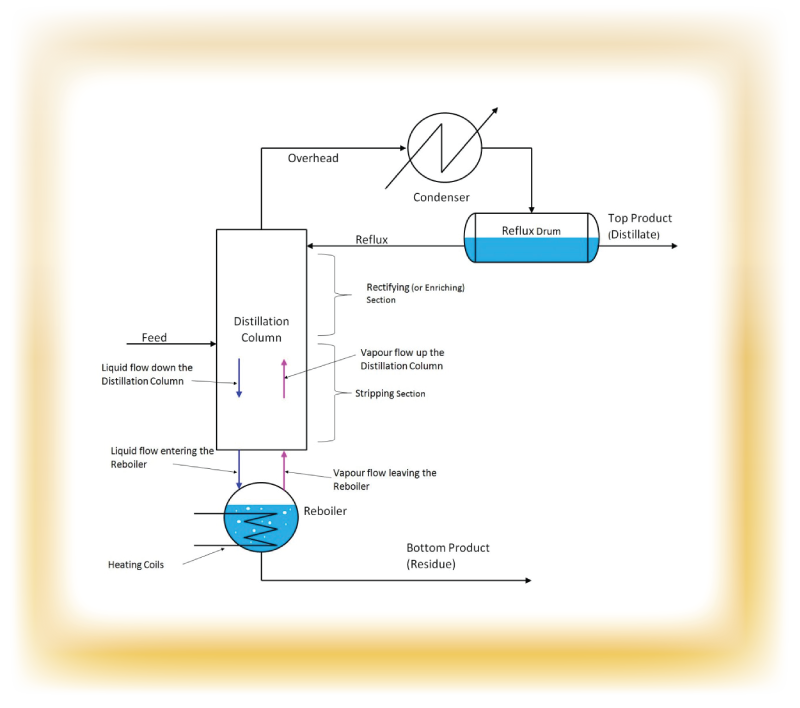